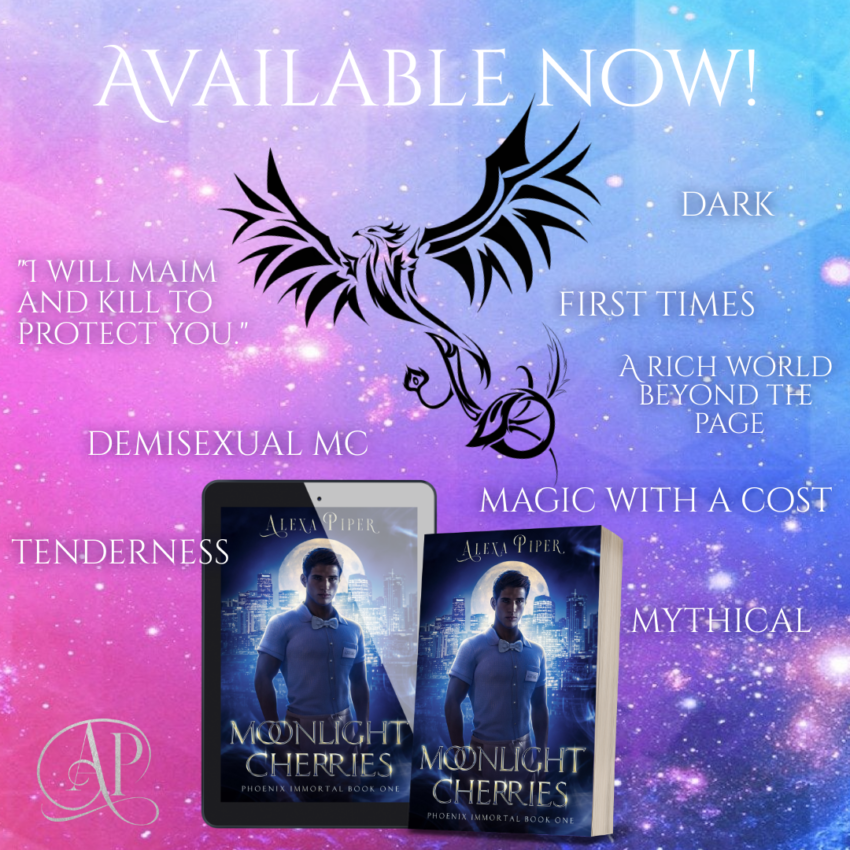 “I couldn’t change that I was…attracted to a guy I’d watched getting murdered on the subway.”

Amory lives a quiet life as a waiter. The Moonlight Diner is the home he found after he was kicked out and disowned by his family for no other crime than who he loves.

Amory’s life is shaken to its very foundations after a chance meeting that has Amory witness a murder–except the man who dies in Amory’s arms doesn’t stay dead.

Far from being a ghost, Soyer is very real. He pulls Amory into a world in which magic exists and wreaks havoc on the life of unsuspecting people. But within what remains of the spell that touches both their lives, Amory and Soyer may just find love.

Warning: This m/m romance contains sexual content only suitable for mature audiences. It also contains graphic depictions of violence, past experiences of homophobia experienced in adolescence, and allusions to conversion therapy.